It isn’t really something that I have mentioned here on IC2S, but I absolutely love the Pokemon franchise, particularly the flagship handheld games. I have many fond memories of getting ahold of a classic Gameboy, playing the first two generations of games and managing to catch the first 150 Pokemon in my copy of Pokemon Blue*. Like most people who were there from the beginning, I missed quite a few of the later generations as I grew up and took interest in other things. However, like some of the finest things in life, maturity only rekindled my love for these creatures and in the past few years I have become a bigger fan of this series than I ever was as a kid, playing just about every main game in the franchise at least once at this point and proudly rocking a living Pokedex.

Of course, I’m the Retrospectives guy, I love collating my thoughts on a franchise in a digestible fashion. While I’m not going to go and do a full-on Retrospective for every game in the Pokemon franchise, I will go into some of my thoughts on each of the 7 generations, specifically the things that I love and hate about each. So, without further ado, let’s move on to my thoughts on the first generation. 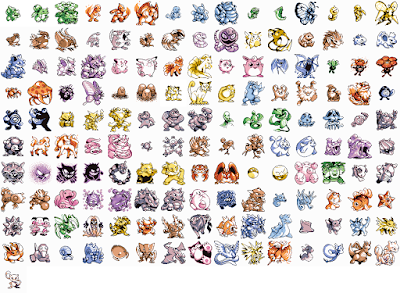 Tune in soon for the next entry where I’ll cover Generation 2.

*Before my asswipe of a “friend” started a new save file on my copy without asking, thereby wiping out all of my Pokemon.